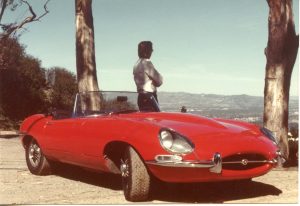 I’ve had my 1962 SI E-Type OTS for 40 years, and over the years, I’ve replaced a lot of distributor points and voltage regulators. Seemed like I was constantly filing, replacing, and adjusting the points, and constantly having charging problems.

Although I had tried hard to keep the car all original, I finally got wise and installed a Pertronix breakerless ignition, which fits in the distributor and so appears as original. It turned out to be a huge improvement. No more filing, replacing, and adjusting the points, and the timing was rock solid.

This led me to think how the same could be done for my unreliable voltage regulator. Since I spent my life developing electronic products, I thought I’d give it a try. It took two years, because I used state-of-the-art technology, and high-reliability components, but it turned out so well that I thought this would be helpful for others.

Replacing the old mechanical regulator not only saves a lot of time & grief from filing relay contacts, adjusting voltage, current, & cut-out, but I discovered later that in some cases, if I took it to a shop to fix a charging problem, the shop had replaced both the regulator and the generator, when all that was wrong was the regulator. This has cost me a lot over the years.

Protect your investment with the latest state-of-the-art technology. Avoid an inconvenient dead battery, and get consistent performance.

Instead of a cut-out relay, we use a MOSFET “ideal diode”, which provides much higher efficiency than Schottky diodes. Power is supplied whenever the dynamo output voltage is greater than the battery voltage, rather than a pre-set voltage as in the mechanical regulator, and battery voltage is never fed back to the dynamo armature.

In the DR340 Electronic Regulator, the “back-emf” is eliminated by a high-power diode. The result is much cleaner and more efficient switching with reduced radio interference. 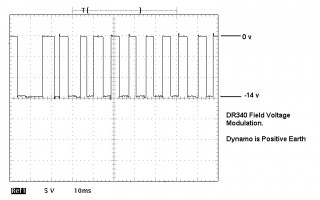 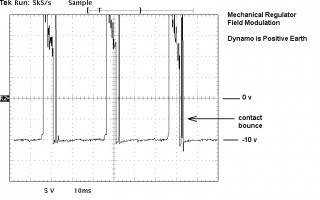 Dynamo vs. Alternator
If performance is the only consideration, the alternator is the best choice. It delivers more power, has greater output at lower RPM, weighs less, and is cheaper.

But there are some good reasons to stick with your original dynamo: For one thing, if you don’t need a lot of additional power, there is no reason to go to the bother and expense of changing to an alternator. Furthermore, the conversion will require special mounting brackets and wiring changes.

There are some cases where conversion to alternator is not practical, for instance if your original dynamo is integrated with the steering pump or tachometer feed.

Finally, all-original cars are more valuable than modified cars. If you are a purist, you can keep the charging system completely original by modifying your existing regulator to all-electronic.

Shunt Wound vs. Series Wound
There is sometimes confusion about “series wound” and “shunt wound” dynamos. All dynamos use electromagnets (field coils) to generate the magnetic field. The field coils are energized by the output of the armature. In a “series wound” generator, the field coils are wired in series with the armature, so the full output of the generator passes through the field coils. As a result, a greater load increases the field current and therefore the generator’s output. But in this configuration, no external control of the output is possible. 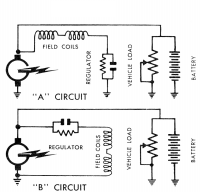